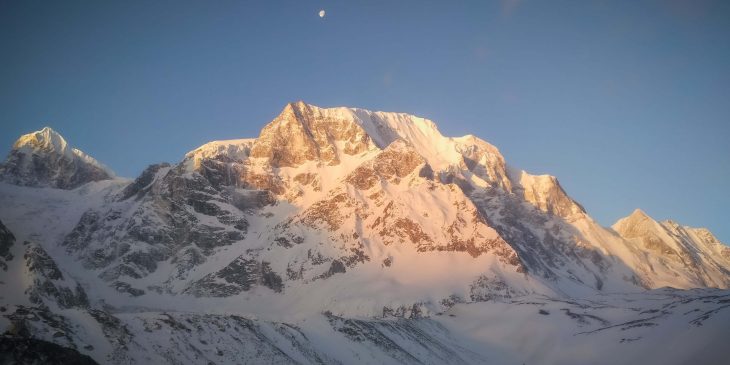 Manaslu region is one of the most beautiful places in the world. With a magical trail going through the Himalayas, the Manaslu trek is a phenomenal adventure. There is so much of nature, culture, and history, one can easily add Manaslu trek to their Bucket list too.

Even if you have completed Everest and Annapurna, the Manaslu trek comes with some new things for you. Unlike these complete trekking, the circuit is recent in Manaslu. With less commercialization, one can explore the true beauty of Manaslu. The raw trek is fantastic. Your feats of travel will reach new limits. Trekkers of any background or level can admire the captivating features of Manaslu trek. Be one of them. Manaslu will make you a responsible traveler with memories lasting forever.

Manaslu might not be everyone’s cup of tea. It is comparatively remote and somewhat difficult. However, with a proper guide, you can complete the Manaslu trek with relative ease. Ask anyone who’ve done it and your desire to witness these yourself will grow further. So, if you are looking forward to your adventure in Manalsu; here are 10 facts about the Manaslu trek you didn’t know before. 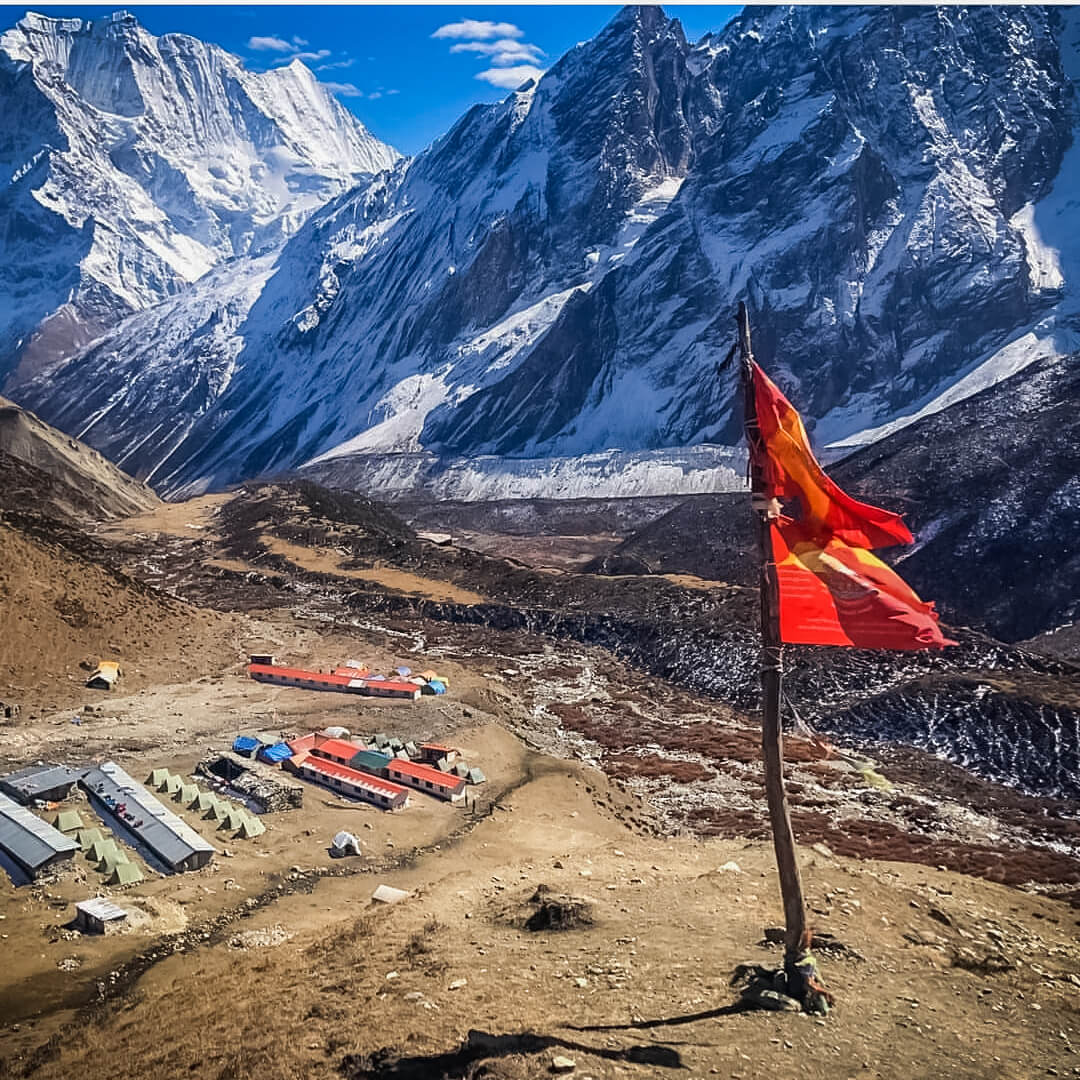 You might often hear that Manaslu trek is different than others. We give it the title of the ultimate off-the-beaten-path trek in the Himalayas. There are few others but nothing even comes close to the completeness of the Manaslu trek. For a trek to be a good off-the-beaten-track it must:-

All these points are checked with Manaslu Trek. Despite being home to the eighth-highest mountain of the world, trekkers both on and off-season are not overwhelming. Although tourism is growing in the region, there are enough local businesses to sustain the area for itself. Trekkers can also witness much of nature and culture here. It might be common for most Himalayan destinations. However, the trail itself here allows you to dive deep locally. Similarly, many major destinations here lies near the main path.  So, you don’t have to look for Manaslu, Manaslu comes to you during this trek.

Nepal is a nation of diverse cultures, ethnicity, lifestyle, and more. Whenever the talks come about the Himalayas Sherpas are the most talked-about people. Rightly so for the Everest region. However, as for Manaslu, there is so much more for trekkers to experience.

It is no secret that the Manaslu region is among the most rural regions of Nepal. Hence, the trek here starts from a small settlement rather than a big city. Secondly, you will enter the villages and local trails straight from the start of the trek. Yes, no more walking on roads, directly into a proper trail. All the villages you’ll pass through next are a small bubble of cultural delights on their own. The hills welcome you with the usual Nepalese mixed population. The Gurung and Tamang regions with pockets of Brahmin, Chhetri and others. As you go higher the people, their culture and lifestyle change too. Nearing the border you can clearly feel the Tibetan influence here.

You might stay someplace here for some days to connect well. However, the brief moments you will gather in the shortest of stops will warm you up here. Within the obvious struggles there lies a joy of being able to express. And trekkers can unlock these gifts here in the course of the Manaslu Trek. 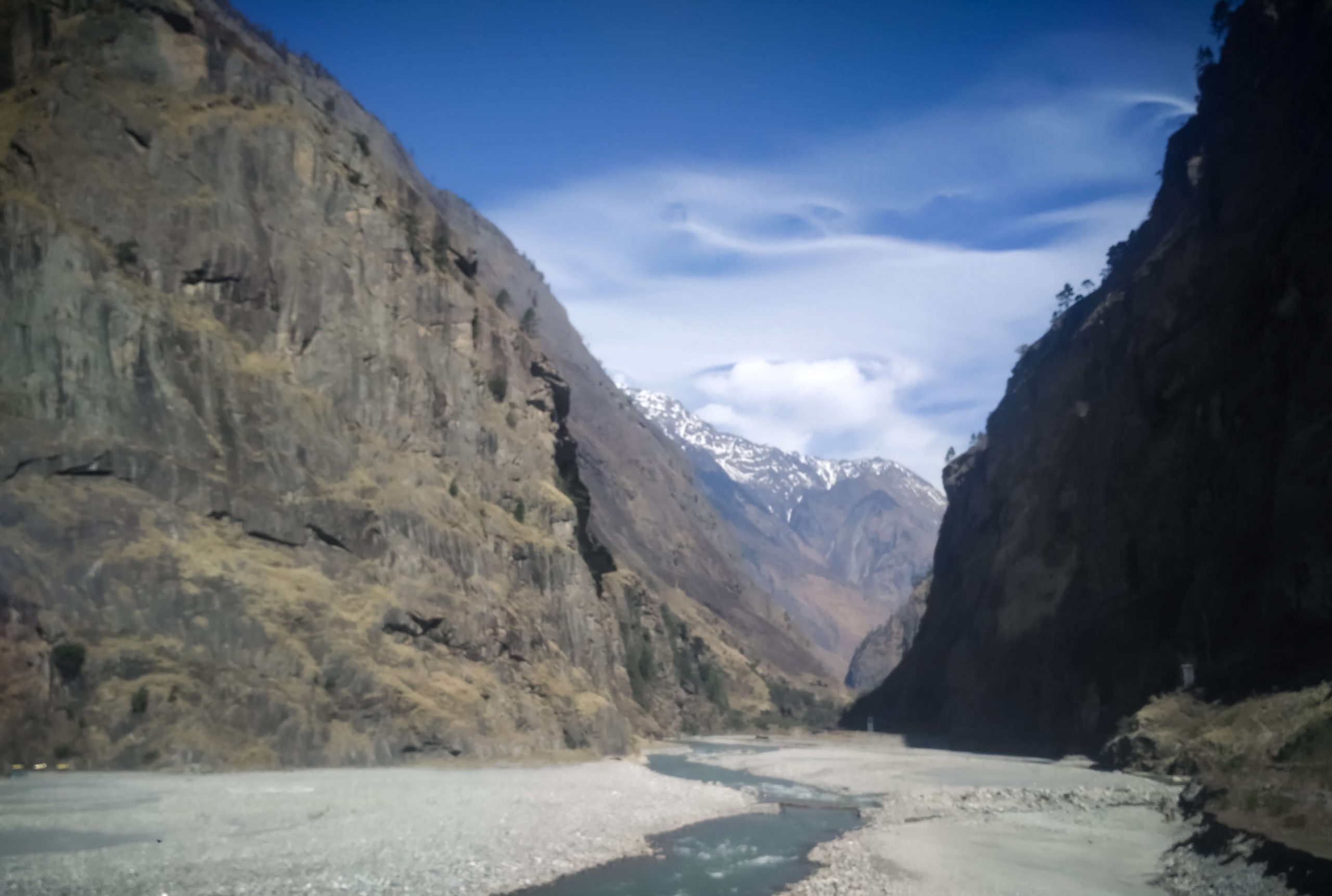 People usually have their own itineraries for different treks in the Himalayas. The best thing about Manaslu trek comes right here. You can follow the general itinerary and explore every bit of the trail. Similarly, professionals can have their own go at the itinerary that fits best. These are all possible because of the balanced trekking days in Manaslu. You can split the whole trek and formulate uniform walking distance easily. Similarly, the elevation gain is gradual except for the Larkey Pass day here.

Despite being a fantastic off-the-beaten-track trek, you have minimal complications while trekking in Manaslu. Trekkers with the heart and dedication can enjoy the trek to the fullest. During the challenging trail section, you can afford to use more time and comfortably gain it later without affecting the whole trek. Acclimatization is very important in the high mountains. You can choose the place strategically and get many side trips instantly here.  Similarly, trekkers taking cultural and spiritual breaks during acclimatization is also common.

Manaslu trek is not easy but it is very manageable with smart planning and effort.

Larkey La Pass stands at an elevation of 5106 meters. It is the highest point of the Manaslu trek. Larkey La might not be the highest passes out there but it will not fail to amaze you. Similarly, it is among the longest Himalayan passes. For trekkers to start from Dharmasala and reach Bimthang on the other side it takes around 25 km. On a difficult terrain and high trail, Larkey La pass is your main challenge. The climb up to the pass in particular can push your limits.

No matter how difficult it might seem the feeling once at the pass is surreal. Tears of joy are common among fellow travelers. Trekkers often compare the view from the top to that of different amazing viewpoints in the world. You might only need a couple of hours for the downhill. But, it is a bit of a challenge due to exhaustion. However, once you hit some good trails below, you can enjoy another side of the Manaslu trek. Small lakes and ridges act as a bit of Shangri La itself. Geographically it connects the area of Annapurna CA with that of Manaslu. Hence, more to look forward to trekkers as you complete this breathtaking mountain Pass. 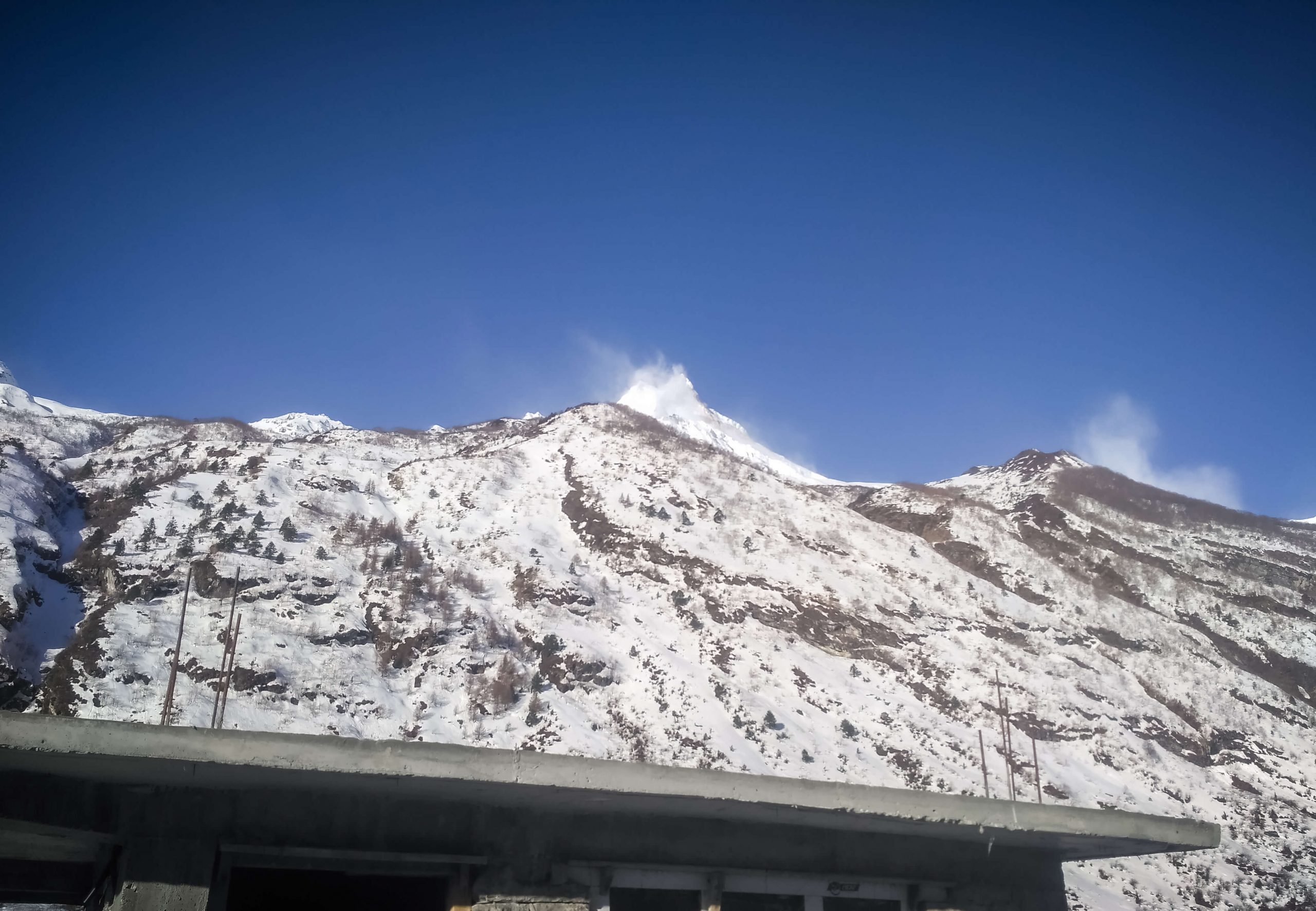 Trekking in a different landscape each day is the signature trek of any trek in the Himalayas. However, it becomes more obvious during your Manaslu trek. Your starting point is Soti Khola. It is located at the center of the Gorkha District. Hence, you will begin the Manaslu trek at mere 700 meters of elevation. Passing through sub-tropical jungles you will start to gain elevation. Gradually leaving the sub-tropical trails trekkers then enter patches of the temperate zone. Your first acclimatization break might be near the entering area of the arctic climate.

The whole region changes drastically as you will find less forest and more barren sections. Shrubs and sparse stretch of the coniferous forest will lead trekkers in the snow-covered regions. Resembling the arctic weather and landscape you will do the mountain pass and continue ahead. During all these, you can also trek in the rain shadow region of the Manaslu peak for some time here. To summarize it all, completing the Manaslu trek means overcoming almost all climatic regions of the Himalayas. You are ready for any trek if you comfortably finished this glorious trek.

Manaslu Trek has almost all of the trails inside the Manaslu Conservation Area. However, after crossing Jagat you’ll enter the restricted section of your trek. It is the area given utmost priority by the Nepalese government for conservation of nature, culture, and other items of significance here. Many advantages are present in attempting to trek in restricted sections of the Himalayas. It gives you some of the raw trails for walking. Similarly, accommodation and settlements are completely local. To put it in simpler terms, you can get authentic Manaslu delights here.

Due to all these regions, solo trekkers are prohibited to do the Manaslu Trek. However, it is for your own good. In adverse weather or other unforeseen events, it is best to have someone knowledgeable with you. With at least two trekking members Manaslu trek permit is granted. You will also need a licensed guide familiar with trekking experience in Manalsu for trekking in these regions. A separate permit is required for the restricted area trekking. Obtaining it will be no big hassle once you have your guide fixed. Therefore, trekking in a restricted area is diving deep into one of the least visiting areas of the Himalayas. 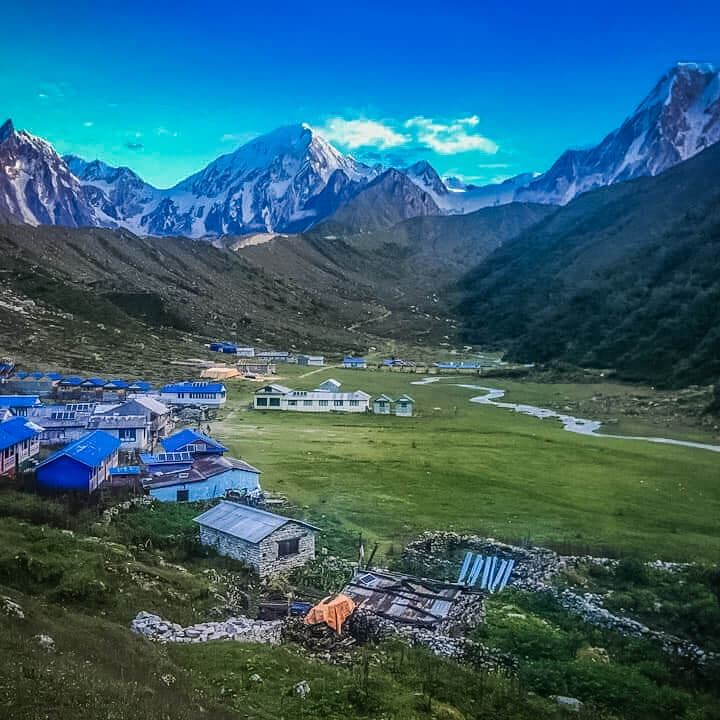 Normally, you will join the trail at Dharapani and continue further to Besisahar. It can be done in two days while some also like to push it in a single day. Starting from the fantastic views of Manaslu, you will end it in equally amazing views of Annapurna. Passing by the trekkers here for the Annapurna circuit you can share some tips and stories as well. Besisahar which acts as the starting point of the Annapurna circuit will be the last trekking point for the Manaslu trek.

When you are trekking in Manaslu you will find a new flower each day. The picturesque terraced farmlands greet you in the beginning. Starting from the lush rhododendron painting the hills red, the fields of vibrant mountain flowers arrive. These gifts of nature are not the main reason for trekkers to be here. However, they provide the necessary boost to take a new step in this wonderland. Similarly, trekkers can encounter beautiful birds as well as rare wildlife while exploring the Manaslu Conservation Area. 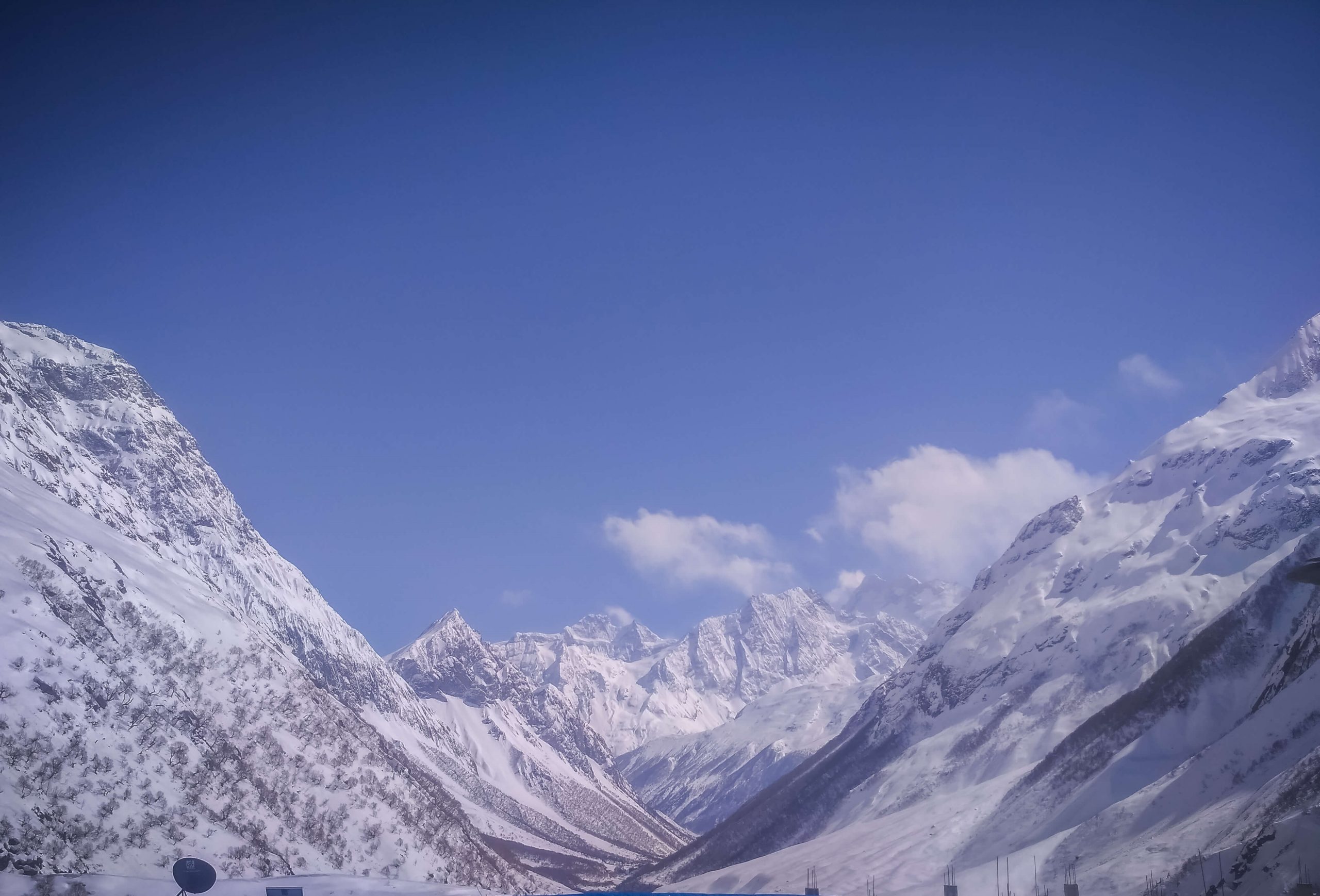 Manaslu is the mountain of spirits. Your trek here will take you to some wonderful monasteries and shrines. Each of these has some alluring qualities for you. Some also have legends passed through generations that you might find interesting. Some of the major religious/spiritual destinations that you can’t miss in the Manaslu trek are: –

One of the most interesting transitions will be the greetings while doing the Manaslu trek. It might seem to be the slight change from ‘Namaste’ to ‘Tashi Delek’. But with these changes the culture and lifestyle of the people you’ll meet along the way.

The Namaste incorporates the Nepali hilly way of things. Simple architecture and the settlements of Gurungs, Tamangs, or any other hill tribes. Tashi Delek signifies the influence of Tibetan culture and is prevalent in higher elevations near the Nepal-Tibet border. With a slice of Tibetan architecture and lifestyle, it showcases the Himalayan lifestyle beautifully in Manaslu.

These are the ten things that you may have never known about Manaslu. Something about the trek and more about the region and locals, we bind these for your next Manaslu Trek.