Manaslu region trekking offers some of the finest wilderness treks in Nepal. The Manaslu region was closed for foreign tourists till the early 90s. Despite being recognized as a restricted area, it has now been opened for trekking. The restriction has been incorporated in order to protect the frail natural resources and cultural heritage. Not only that, but it has also helped to promote eco-tourism. Thus, the livelihood of the local habitats based in the Manaslu Conservation Area has also improved. It is a known fact that trekking in the Manaslu region of Nepal has been extremely popular after it was opened to foreign nationals.

The Manaslu Circuit Trek , among several others, is the most popular as well as the most sought-after treks in the Manaslu region. For peace-lovers and those who enjoy the solitude of nature, the beautiful trails on this spectacular trek make up a perfect hiking trip. Nowadays, many trekking enthusiasts look to complete both the Annapurna and the Manaslu treks on a single journey. Thus, most of the trekking companies in Nepal have crafted an itinerary for Manaslu & Annapurna Circuit Trek to meet the client’s needs. This combined trek is a fascinating journey in the most popular trekking destinations in Nepal. Crossing the two dramatic high passes namely Thorong La Pass and Larkya La Pass is a satisfying accomplishment.

Mt. Manaslu is the eighth tallest mountain in the world and the focal point of the Manaslu region trekking. Manaslu region, in particular, is covered in glistening glaciers, picturesque villages, and ample scenic vistas. In fact, a trek to the fascinating, beautiful, and impressive Manaslu region is sure to create lifetime memories.

Some significant landmarks in the Manaslu region trekking are Manaslu Base Camp, Rubin-La Pass, and Larkya La Pass. Other fascinating sights to witness are the Pungyen Gompa, Birendra Tal, Ribung Monastery, Gya La Pass, and several picturesque villages. It is also possible to discover stunning high-altitude settlements and exploring the Tsum Valley while trekking in the Manaslu region. The remote region offers magnificent views of mountain peaks such as Mt. Manaslu, Lamjung Himal, Himlung Himal, Kang Guru, Ngadi Chuli and others. Trekking in the Manaslu region is a perfect choice for those trekkers who wish to avoid the crowded Annapurna Sunrise Trek or Everest Base Camp Trek. 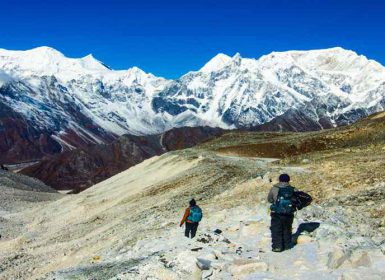 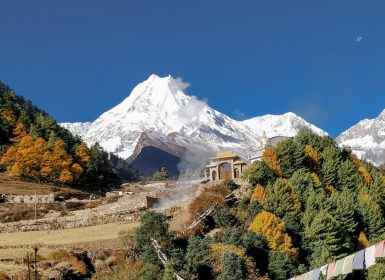