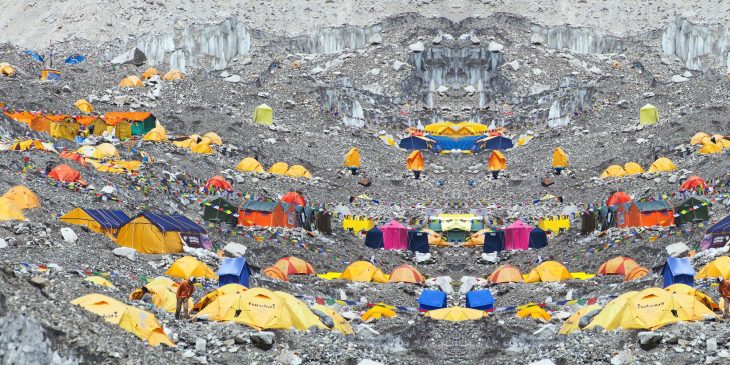 Hiking to the foot of the world’s highest peak is a reverie, at least for trekking enthusiasts and adventurers. It is not just walking and not a leisure walk in the park. Mountain lovers will trek through one of the most rugged trekking trails in the Himalayas passing by steep mountain landscapes to glimpse magnificent views of the Everest. It is not extremely difficult and possibly achievable for people from all walks of life. Over 40,000 people experience their lifelong dream of walking to the bottom of world’s highest peak every year. There are a few options to select a trekking route to Everest Base Camp depending on the hiker’s experience and zeal to take up challenges.

Also known as the classic trek to the Everest Base Camp, the Traditional Everest Base Camp trekking trail is experienced by about 95% of the people following the traditional route. The trek usually begins with an intriguing flight to Lukla and then hiking through woods past Dudh Koshi river to the village of Phakding. Trekking up through steep rocky trails, crossing several suspension bridges and passing by small farms trekkers usually stop for acclimatizing in the beautiful Sherpa village of Namche Bazaar. Glimpse the first views of the glorious Everest from the what-else-could-be-the-better-name Hotel Everest View. The classic trek continues through rhododendron forests all the way to Tengboche where visitors discover ancient Buddhist monasteries. Taking the easier path to Dingboche and watching Himalayan yaks grazing on the barren terrain will certainly appease every hiker’s eyes. The amazing journey continues to Lobuche with a steep ascent through a rocky pass and breathtaking views of the Khumbu Glacier. Finally, arriving at Gorak Shep, the last stop before reaching the Everest Base Camp is an exciting feat. One may climb the nearby Kala Patthar for stunning views of Everest or simply relax at the friendly teahouse. The final ascent on the trek to the base camp is delightful as one can reach to the foot of the world’s highest mountain. The base camp is dotted with prayer flags and tents of mountaineers. This is the moment of realization that dreams do come true!

Three Passes and Everest Base Camp

Three Passes and Everest Base Camp Trek is one of the best alternative routes to the Everest Base Camp. As the name suggests itself, trekkers need to climb three high passes (above 5000m) namely Kongma-La pass, Chola-La pass, and Renjo La pass. Three Passes Trek is a challenging journey and quite tough as compared to the traditional Everest Base Camp trekking. The route starts from Lukla but diverges at Namche. Assuming the trek to be done clockwise, hikers cross over Renjo La pass (5300m) before descending to Gokyo valley witnessing the beautiful sights of rapid-flowing Bhote Koshi river. The enthralling trek further moves ahead through the Gokyo lakes circuit with breathtaking views of the surrounding peaks including Phari Laptsa (6017m). Trekkers are provided with a beautiful opportunity to glimpse some great views of the crystal-clear blue waters of Dudh Pokhari. The trek continues to Ngozumpa glacier and brings trekkers to Chola-La pass (5400m). From here, trekkers normally join the classic route to head down towards Gorak Shep and visit the Everest Base Camp. On the way back, hikers diverge from the general route once again and climb Kongma La pass (5535 m). One can savor magnificent views of Lhotse, Makalu, Ama Dablam, Nuptse, Cholatse and Pokalde from Kongma La. Exhausted enthusiasts head towards the final leg of the challenging journey passing through Chukkhung valley and rejoin the classic trail of Dingboche and eventually to Lukla. Three passes trek can be completed between 18-25 days.

Those trekkers who want to experience the Three Passes Trek but do not have sufficient time can go aboard on this shorter versioned “Gokyo and Renjo La Pass Trek”. It is also quite demanding and equally attention-grabbing. Trekkers skip Kongma La pass and Everest Base Camp, thus this may not be the exact trek for those seeking to reach the base of Everest. Still, this amazing trek makes it to a trekker’s list as one can get some of the best views of the Everest in the region. Following the same classic route from Lukla to Namche, there are two additions – diverging to Dole and eventually to Macchermo. The exhilarating walking journey continues to Ngozumpa glacier and heads towards Gokyo. One can also climb up Gokyo Ri for heartwarming views of the nearby high mountains including Phari Laptsa peak likewise in the Three Passes Trek. Besides, one can collect wonderful memories in the photographs around the Gokyo region with beautiful Dudh Pokhari. The exciting trek crosses over Renjo La pass, from where spectacular views of Everest, Lhotse, Cho Oyu, and Makalu are detectable. In the final leg of the spectacular walk, it is a return trip heading back to Namche Bazaar following the canyon of Bhote Koshi River in a couple of days.

Jiri to Everest Base Camp

Jiri to Everest Base Camp Trek is a bit different and the same too, different in the case that trekkers head towards Jiri from Kathmandu in about 10-hour drive instead of a flight to Lukla. And it is the same for the fact that, trekkers will follow the traditional route to the Everest Base Camp. The main difference and uniqueness are all about the trek from Jiri to Lukla. This is about a week trekking adventure which is more remote with minimum services available at the tea houses. The trek begins much lower down the Himalayan Mountains. It is a great opportunity to view the local Sherpa culture in these regions. With several undulating paths passing over ridges, the trek from Jiri is very challenging and beguiling. However, there are benefits of the body getting adapted to the steep landscapes and the high altitudes with plenty of time for acclimatization. This will make travelers more fit for the classic Everest Base Camp trek from Lukla.

Tumlingtar to Everest Base Camp

Tumlingtar to Everest Base Camp Trek is another alternative route to the Everest Base Camp that does not start directly from Lukla. The trip begins with an enthralling flight from Kathmandu to Tumlingtar. The trek starts in the small village of Tumlingtar in the lowlands of the Nepal Mountains. The trekking trail remains less crowded and trekkers will find basic lodges as compared to lodges in the regular routes. The off-the-beaten-path is mostly used by trekkers for the Makalu Base Camp trek. Visitors will pass through the beautiful Arun Valley with wonderful views of the Himalayan peaks and get to know the unique culture of people belonging to Sherpa and Rai communities. Like the one from Jiri, this route is also a challenging one with many steep ups and downs through the rocky landscapes with cold temperatures at the top of the passes. However, it can be relatively hotter at the base from where trekkers initially begin ascending. Climbing onto the Sherpa trail, hikers arrive at Everest Khumbu region and reach Lukla where the traditional route to the Everest Base Camp starts again. 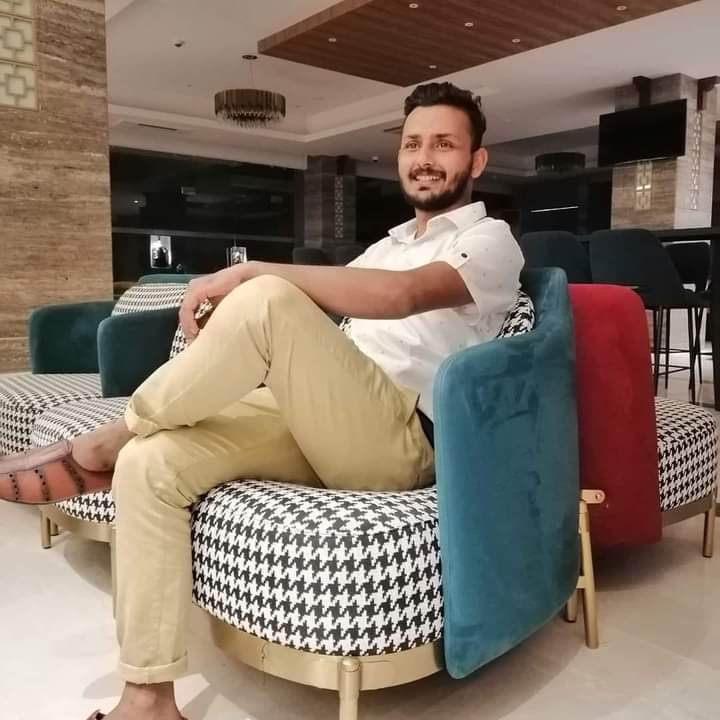 Namaste everybody, I am Sandip Tiwari, CEO of Royal Holidays Adventure. I have shared my experience and some important information about the trek through the blogs. If you are reading my blog please contact me via email royalholiday24@gmail.com or, WhatsApp +9779860110433. I will be available 24/7 to provide you the right information