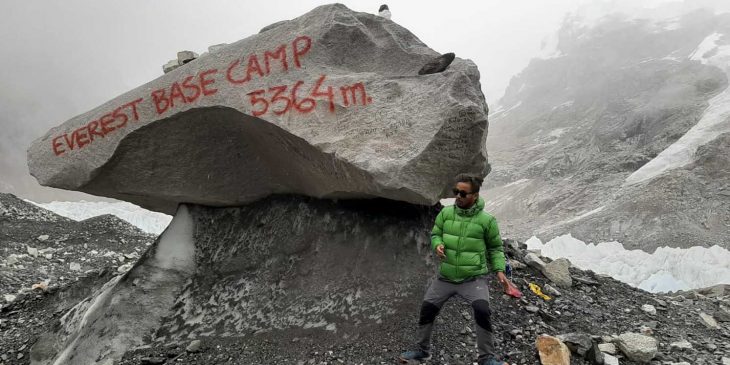 Amongst all the popular trekking routes in Nepal, Everest Base Camp Trek has gained so much admiration. So much, so that it is a common sight of gridlock on the trails as well as the accommodation stoppages. For all those who still have this spectacular destination on their bucket list, it is better to stay prepared about the Everest Base Camp Difficulties, Trek Cost, Trek Permit, Trek Itinerary, and other important aspects. Nepal is geographically stuck fast between the high Himalayan peaks and the scorching Indian jungles. Nevertheless, the majestic nation is an extraordinary land of snow-capped peaks, notable Sherpas, diligent yaks, antique monasteries, and divine mantras.
The Everest Base Camp, for who haven’t yet visited but have been planning to do so, is a walk of a lifetime in the Khumbu region of Nepal. It allows travelers to visit tranquil hilltop villages and trek through primeval and mystifying landscapes. The views of the sensational peaks of the Himalayan range including the laudable Mt. Everest during the awesome hike are out of the ordinary. Experiencing local food, culture, and mountain lifestyle during the adventurous trip is an opportunity like none other.
Before giving details about the Everest Base Camp Difficulties, Trek Cost, Trek Permit, Trek Itinerary, and other useful tips, we have mentioned some major highlights as well as some trivial information about the Everest Base Camp Trek below: 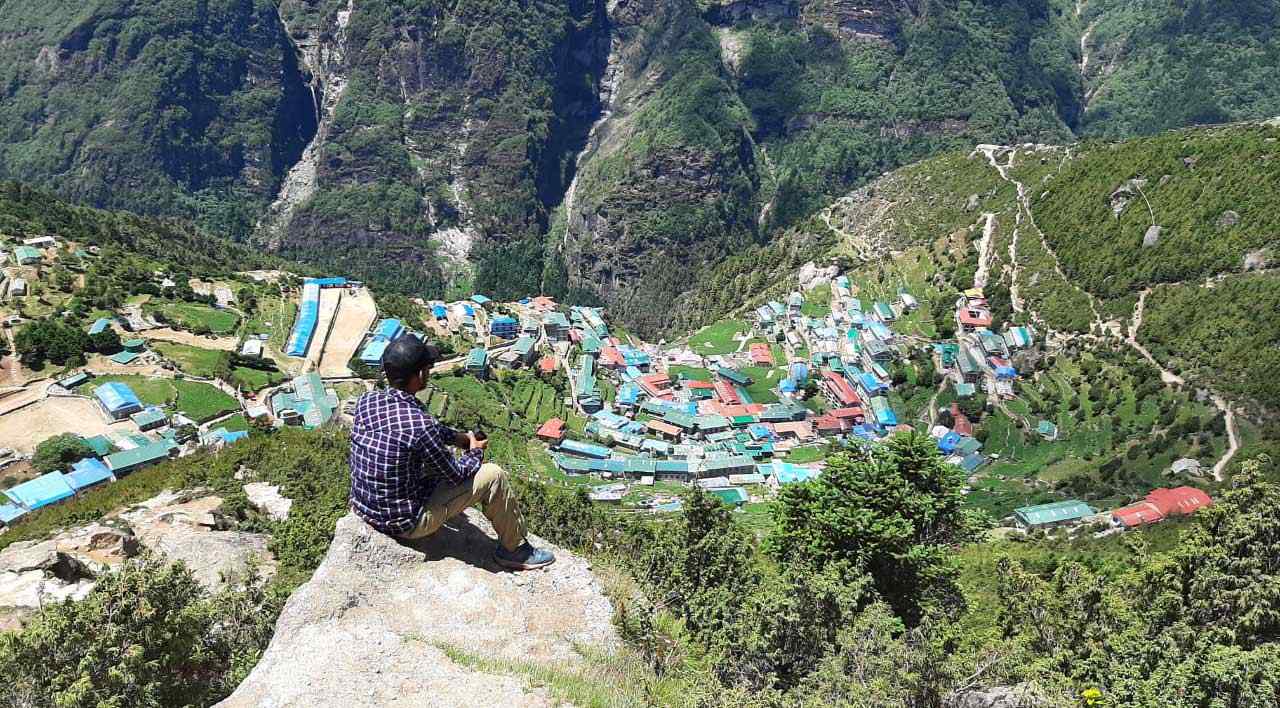 How much does it cost to go on the Everest Base Camp Trek? This must certainly be the most frequently asked question by an adventure traveler who has never been to Nepal. As a matter of fact, it is quite unconvincing for a novice traveler as he would find various range of prices for the same trek as provided by different trekking agencies over the internet. Whichever be the company providing trips to the Everest Base Camp, the prices will depend on so many factors such as:

It is best to consider a local trekking company rather than depending on bigger budgeted international companies. International companies are bound to pay their staff in their own currency leading to higher package costs. While in Nepal, the staff will be paid in local currency thereby making the trip costs comparably lower. On a positive note, booking a trip with a local company definitely will be helping the local economy and showcasing an example of sustainable tourism.

Based on the services and facilities provided, the Everest Base Camp Trek cost offered by private companies ranges from US$ 1200 to US$ 5000. Booking your trip with a Nepali trekking agency would cost somewhere between US$ 1200 and US$ 1800. The inclusions and exclusions of the trip will widely vary from one company to another depending on the services they provide. It has been a common practice for travelers to hire only a trekking guide and no other services from the trekking agency. Doing so will incur them comparatively very less money ranging from US$ 600 to US$ 800 after negotiation. Some trekkers hire independent guides who are not affiliated with any trekking agency. Although it is not quite secure for a traveler to randomly pick up a guide for his upcoming tour, some trekkers get connected to the guides who served them in the past and arrange for the trek privately without the knowledge of the agency. Doing so will incur trekkers a price tag ranging from US$ 400 to US$ 500 after bargaining.

There are two mainstream trailheads to reach the Everest Base Camp – one begins at Jiri after a frantic bus ride from Kathmandu. The other one is the regular trail beginning from Lukla after an exhilarating flight from Kathmandu. Now, when it comes to acquiring trekking permits, there are different permits to purchase depending on the routes travelers wish to pursue. With controversies and differences in opinion, the old Trekker’s Information Management System (TIMS) card is now no longer required. On the contrary, a new local entry permit has been introduced for those heading towards the Everest Base Camp.  Taking the regular Kathmandu-Lukla flight and beginning to trek from Lukla requires the following permits:

For acquiring the Khumbu Pasang Lhamu Rural Municipality Entrance Permit and Sagarmatha National Park Entry Permit, travelers require to present their passports only. For GCAP, trekkers will additionally require two passport photos and also require to fill up a form prior to obtaining the permit. For those traveling independently, it is very obvious that they might face a lot of hassles while obtaining their permits, which is not the case for organized trekkers.

Although there are several variations in the Everest Base Camp Trek Itinerary offered by various different trekking agencies in Nepal, the ultimate goal is to reach the base camp. Some companies take as less as 12 days to complete the trip while a few others may take up to 18 days to complete the same trip. On average, most of the companies try to wrap up the trekking program in 14 to 15 days. Mentioned below is our standard Everest Base Camp Trekking Itinerary that requires 14 days to complete. We have allowed sufficient time for acclimatization at higher elevations in order to avoid any mishaps that may arise:

Day 13:     Flight back from Lukla to Kathmandu

Although there are numerous hurdles and difficulties while embarking on this high-altitude Everest Base Camp Trek, the rewards are plenteous. Tackling the undulating paths and lack of oxygen over 5000m and various other setbacks, nonetheless, is a part of an out-of-the-world experience. However much of a grumble-bag a trekker may seem while encountering the complexities, the eventual destination is guaranteed to obliterate his annoyance.

When it comes to trekking cost, trekkers get for what they pay. All trekkers have their own requirements thereby incurring different costs. However, the cost for entrance permit is consistent and each traveler pays the same amount. Trekking itineraries of different agencies have small variations arising out of reasons like alternate routes, the trailhead, and fly back by helicopter options. In a nutshell, the name Everest Base Camp invokes revelations of towering peaks and sky-tall altitudes. A good number of people succeed in actually standing atop the highest mountain in the world whereas several hundred make it up till the base camp.